Some of the two-year-olds Qatar Racing has in training this year have been named and we thought you would like to hear more about them.

The sharp filly by first-season sire Twilight Son out of Stakes-placed King’s Best mare Best Side that David Redvers bought for 115,000gns at the Tattersalls Book 2 Yearling Sale has been named ELECTRIC and is in training with Archie Watson. A half-sister to both Gr.3 Dee Stakes winner Azmeel and Listed winner Baisse (dam of Gr.1 Kennedy Mile winner Best of Days), Electric is part-owned by Cornthrop Bloodstock.

Sheikh Fahad is a big American Football fan and the Superbowl performance of Patrick Mahomes II inspired the name MAHOMES (pictured) being given to the colt by Dubawi out of The Fugue who was bought for 1,000,000gns at the Tattersalls Book 1 Yearling Sale. His dam was, of course, a multiple Gr.1 winner trained by John Gosden and we shall dream about this lad emulating her. 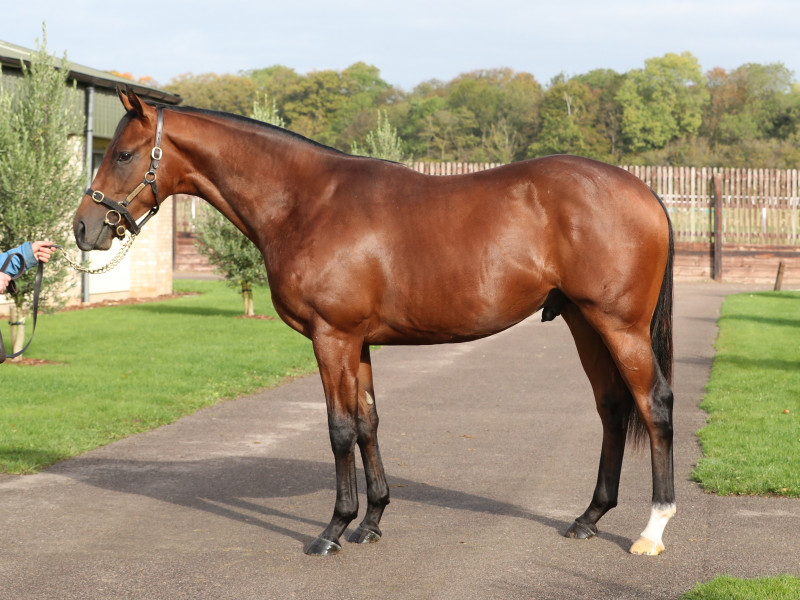 Mahomes as a yearling - he's now in training with John Gosden

As the Racing Post have reported, we have LOCKDOWN in training with Hugo Palmer - though we can assure you he was given his name before Britain and most of the rest of the world was put on lockdown due to the Coronavirus pandemic. Lockdown is by our own sire Charm Spirit and out of dual Listed-winning sprinter Bounty Box, also dam of Stakes-placed two-year-old Fuente. Hugo says: "He's a strong type and has been doing everything right at home and he strikes me as a runner likely to be seen in June."

Continuing the one-word theme we have SCIENCE, a No Nay Never colt trained by Archie Watson. He was bought for 170,000gns at Tattersalls Book 1 and is out of Danehill mare Princess Desire, which makes him a half-brother to Stakes-placed pair Bloody Love and Mappa Mundi. It’s a shame we won’t be able to get some of these earlier types out before May but there will still be plenty of time for them to fulfil their potential on the track.

In America we have two really nice colts with names already, starting with SECRET WEAPON. He was already named (and it’s a very cool name!) when we bought him for $650,000 at the Keeneland September Sale, the same sale at which his Uncle Mo half-brother Secret Agent had fetched $1.4m the previous year. A son of Candy Ride, Secret Weapon looks a two-year-old type for trainer Simon Callaghan.

Wesley Ward trains SHERIFF BIANCO who is a son of first-season sire Speightster and Perfect Soul mare Summer Rules bought for $135,000 at the Keeneland November Breeding Sale. He’s a half-brother to US Stakes winner Never Gone South out of a half-sister to multiple Gr.1 winner-turned-sire Peace Rules. Sheriff Bianco is reportedly another very forward type so keep an eye out.

Finally, of those we have officially named so far, we have SPARK FURY, a Kodiac filly with Richard Hannon. Another part-owned by Cornthrop Bloodstock, she was bought for 105,000gns at Tattersalls Book 2 and is a half-sister to numerous winners including the same yard’s Gr.2 July Stakes winner Anjaal (who is also the sire of our own Stakes-placed colt Above). Spark Fury has done everything asked of her at home so far and should be out quickly upon the resumption of racing in Britain.

The Lir Jet reroutes from France to Haydock

The Lir Jet will not run in the Gr.1 Poule d’Essai des Poulains at Longchamp on Sunday and instead…